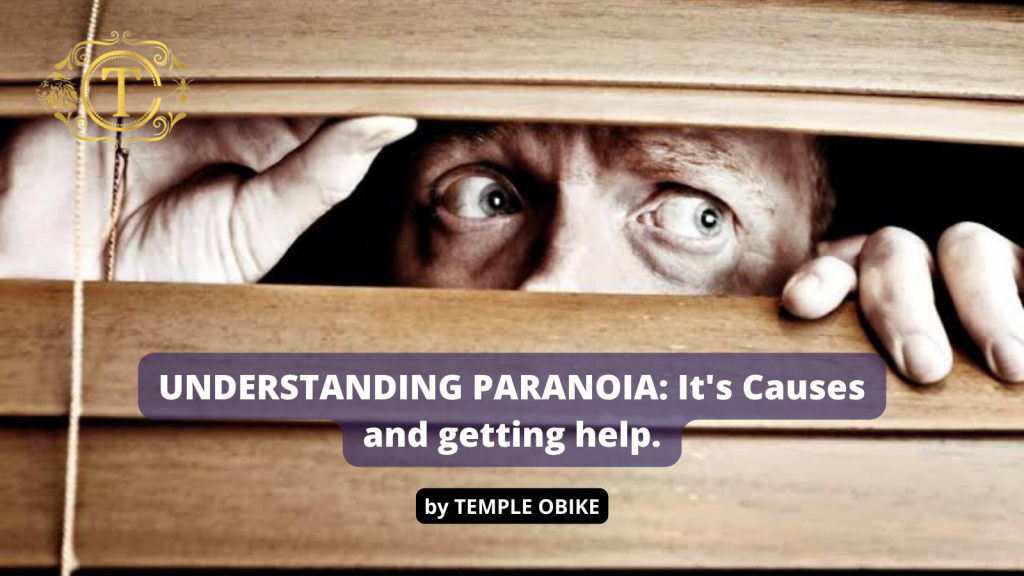 We get anxious about many things in everyday life. These worries in turn bring about a group of mental health concerns that are collectively called anxiety disorders. Some of these disorders are generalized anxiety disorders, panic disorders, specific phobias and social phobias. Depression happens to fall under this categorization.

The Rockwell 1984 classic “”Somebody’s Watching Me” is the song that plays in my head whenever i sit with clients and conversations begin to go along the lines of paranoia. As we proceed with this article, you would understand why this happens.

Just before we get into the topic of the day I’d love to mention that not all anxiety you feel is a disorder. However Anxiety disorders are very common health problems which affect many (approximately 42%) people around us today. Another 25% have less severe anxieties such as arachnophobia (fear of 8 legged insects).

Paranoia is the irrational and persistent feeling that someone/people are out to get you or that you are the subject of persistent, intrusive attention by others. This leads to a general distrust of other individuals  that ends up affecting their ability to function socially or have close relationships. This condition could be the symptom of major conditions such as paranoid personality disorder, delusional (paranoid) disorder and schizophrenia.

Science has struggled with the exact reasons people become paranoid. However a few reasons have emerged in recent times regarding it’s identification.

Fortunately enough, the symptoms of paranoia are not very difficult to spot by a very trained eye. The word trained was used simply because some of the mentioned symptoms could just make you hastily diagnose the neighbor next door as paranoid. – Temple Obike

How to Identify Paranoia

These features range from mild to extreme but a generally paranoid person might:

As previously mentioned, this may sound like every other person you know including your spouse, mother or the old innocent neighbor next door. These are general traits of  paranoid individuals and it ranges from low to extreme.

Paranoid personality disorder: This is a less extreme form or paranoia and individuals suffering from this can still function properly in their everyday life. However this does not erase their distrust of the world they find themselves in.

Delusional (paranoid) disorder: This is characterized by the dominance of one delusion (false belief) without any other sign of mental illness. The person’s behaviour depends on which delusion they have. For example, a person who has a delusion of impending doom believes that other people are in league with dark forces to harm them. I used this example because Africa is a continent that has its portal open to a lot of spiritual energy. An occurrence that has seen the emergence of both legit and false men of God who have pitched loved ones against each other.  For another example that has come up in practice, a delusional paranoid disorder patient could have told themselves that “a married love interest” who has never even greeted him/her before was their partner-to-be meaning that their current partner of many years was just helping them keep this person occupied until the right time.

Paranoid schizophrenia: This is the most extreme form because it is built around strange delusions such as believing that a particular TV station times into your mind at a particular time of day and broadcasts it to their viewers. This then means that you must not step out during that time of day so they cannot log on. Hallucinations, especially bizarre ones, are also common to the condition. A person with paranoid schizophrenia often finds the world confusing and functions poorly without treatment.

It’s causes have not been clearly identified but certain probable factors have been arrived at through ongoing research.

Genes: some studies suggest a genetic link while others don’t.

Brain chemistry – brain chemicals (neurotransmitters) form the basis of thoughts and feelings. Certain drugs such as cocaine, marijuana and amphetamines alter brain chemistry and can bring on paranoid thoughts, feelings and behaviours. This leads some researchers to believe that paranoia may be a biochemical disorder of the brain.

Traumatic life events –  abuse in childhood may distort the way a person thinks and feels throughout life.

Stress reaction – some studies have found that paranoia is more common in people who have experienced severe and ongoing stress – for example, prisoners of war. How stress can trigger paranoia is unclear.

A combination of factors – it may be that a number of genetic and environmental factors working in combination cause paranoia.

Diagnosing paranoia is very difficult because extreme distrust is common with other mental disorders. Secondly, most people with paranoia avoid getting help because their “harm theory” could also involve care givers. To diagnose paranoia, the following could be used;

-Tests to rule out other psychiatric disorders that may be causing the symptoms.

How to get help

For many victims of this condition, treatment simply means providing them with methods through which they can cope with the symptoms while leading happy lives. Depending on the severity of the condition, various treatments may be applicable to an individual such as;

Medications – This is our least favorite treatment because learning to fight paranoia by using anti-anxiety drugs or antipsychotic drugs may not give you the requisite knowledge required to manage this condition. However when combined with proper professional therapy, this could prove somewhat effective.  However, I’d like to also mention that most patients would mostly not take medication when trusted to do this because they are afraid it may harm them.

Therapy – this can help the person to cope with their symptoms and may improve their ability to function. However, a person with paranoia is unlikely to talk openly and freely to a therapist, so progress can be extremely slow.

Coping skills – se other treatment options only concentrate on helping the patient’s ability to function socially and handle the lingering after-effect of a paranoid bout. This includes things like relaxation therapy, techniques to reduce anxiety, and behaviour modification.

Hospital admission – this is for severe cases where the person may need to stay in hospital until the condition causing paranoia stabilises.

I hope this piece has been beneficial for you or someone you know. Paranoia is a condition that can be managed and in it’s management most will outgrow it with ageing. Until next time, live your best life.

Written by Obike Temple.
Temple Obike is a licensed marriage and family therapist, speaker, author and psychotherapist who has counseled over one thousand, two hundred clients comprising of couples, individuals, abuse victims (substance, physical, emotional and sexual) and grief-stricken clients. With over 70,000 in-counseling minutes (1,000+ hours) accrued in practice. He runs his private psychotherapy & counseling practice out of Lagos, Nigeria and has counseling centers in Abuja and Port-Harcourt. His practice also provides options for both online and on-site services. His private practice has positively empowered lives through his online counseling, podcasts, free advisory services and free online materials.
Readership of his articles also receive a growing number of visitors alongside subscriptions to his email newsletter at templeobike.com. His passion for empowering and uncovering the secrets to lifelong marriages and personal development led to his new book titled “Soul Bodega” available on amazon and across other online and traditional stores.Never give up on yourself! You are a journey happening through various destinations.Follow us on Facebook, Instagram, LinkedIn, and visit our website for more info!
Managing paranoid disorders,Paranoia
Share: 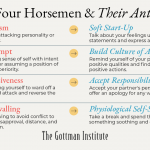 Powerful Ways to Stop The Four Horsemen That Predicts Divorce 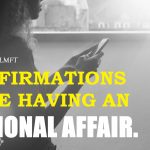 A consequence is something that happens. as the re